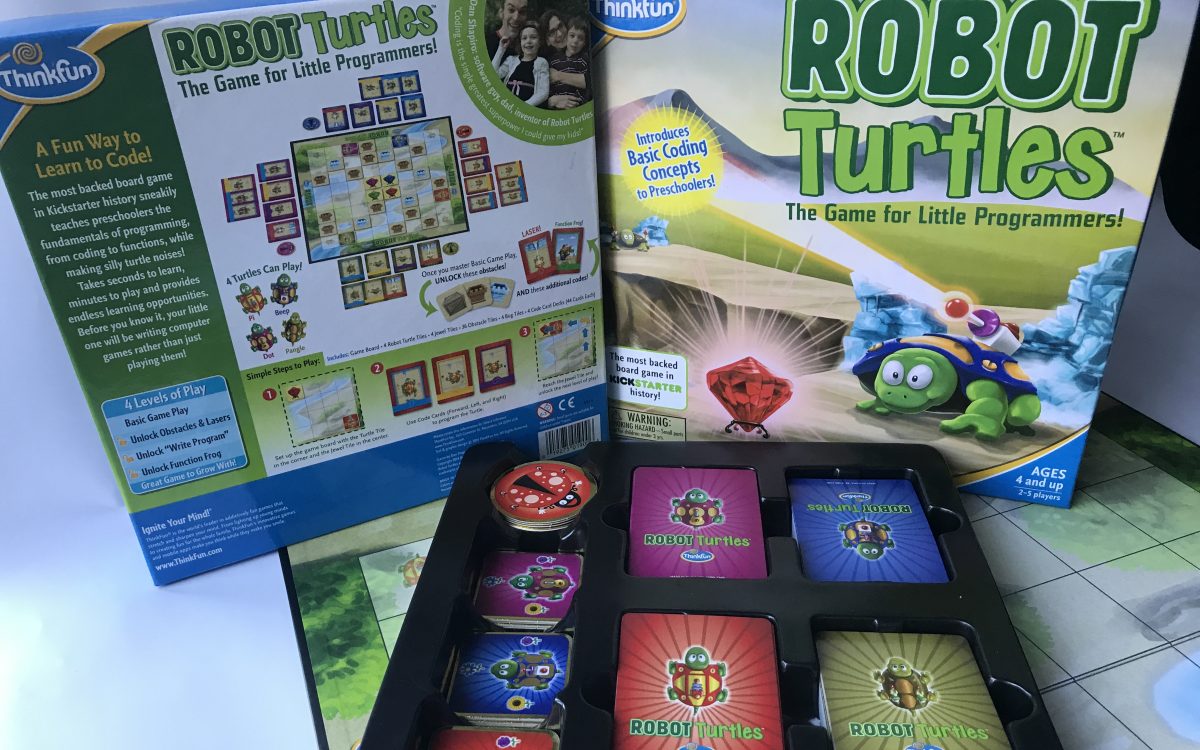 Editorial Team4 years agono commentNo tags
Robot Turtle STEM Toy and Coding Board Game is designed to be fun but also teaches the fundamentals of programming. Robot Turtles is recommended for kids ages 4+. The game is designed for parents and children to have a fun play experience together. 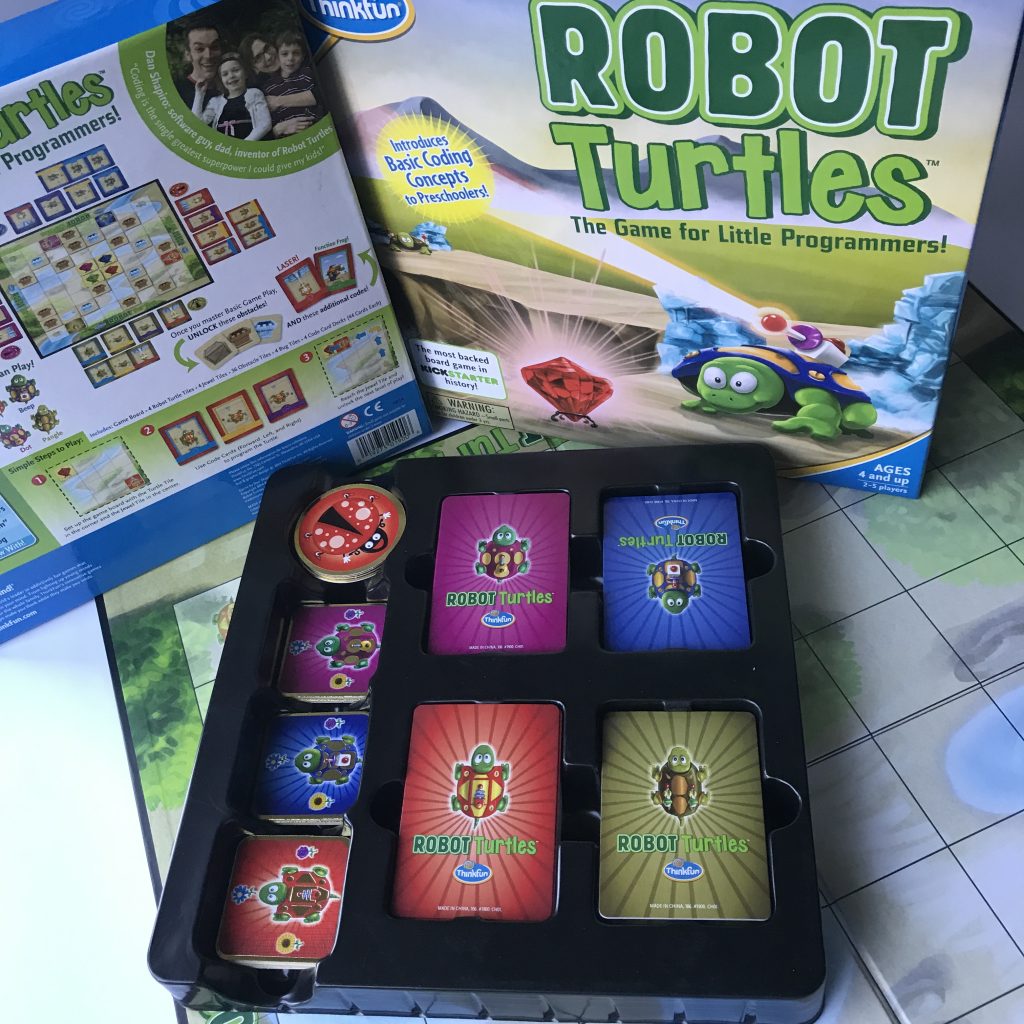 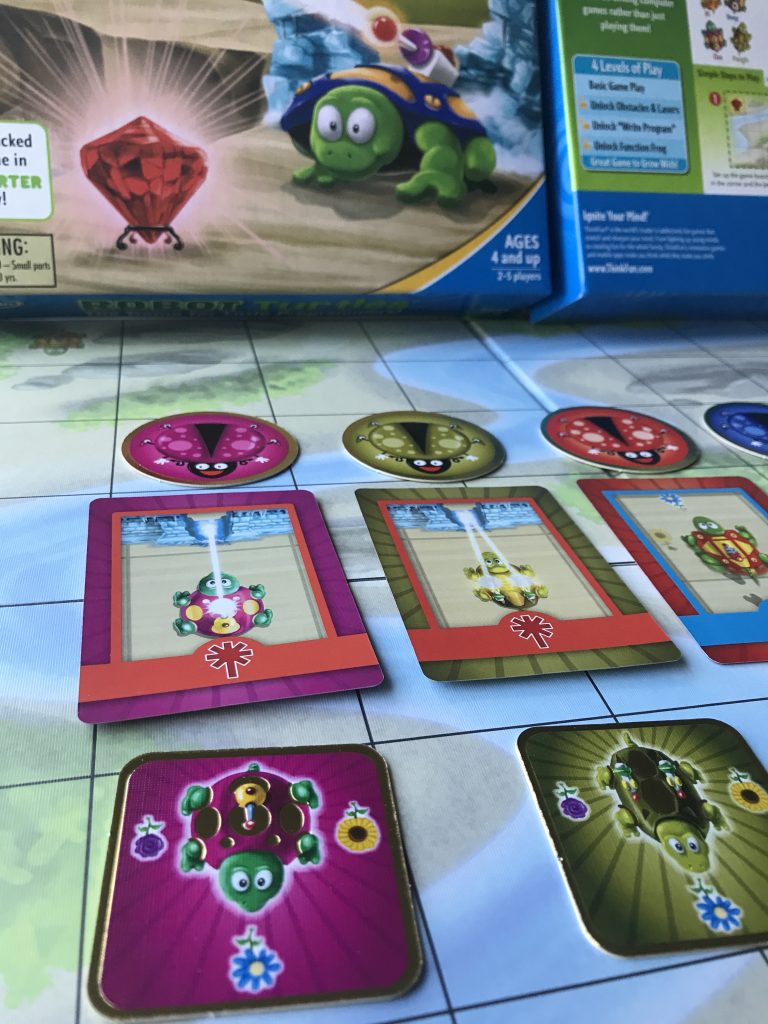 To get started, each player picks a matching turtle, jewel, bug, and deck of code cards. (Remove the laser and function frog cards for later) Sort the remaining cards and place them face up in front of each player. Put the turtles in the corners and the matching jewels in the center od the game board.

Each child/player puts down one code card. As soon as they do, you/adult move the turtle. 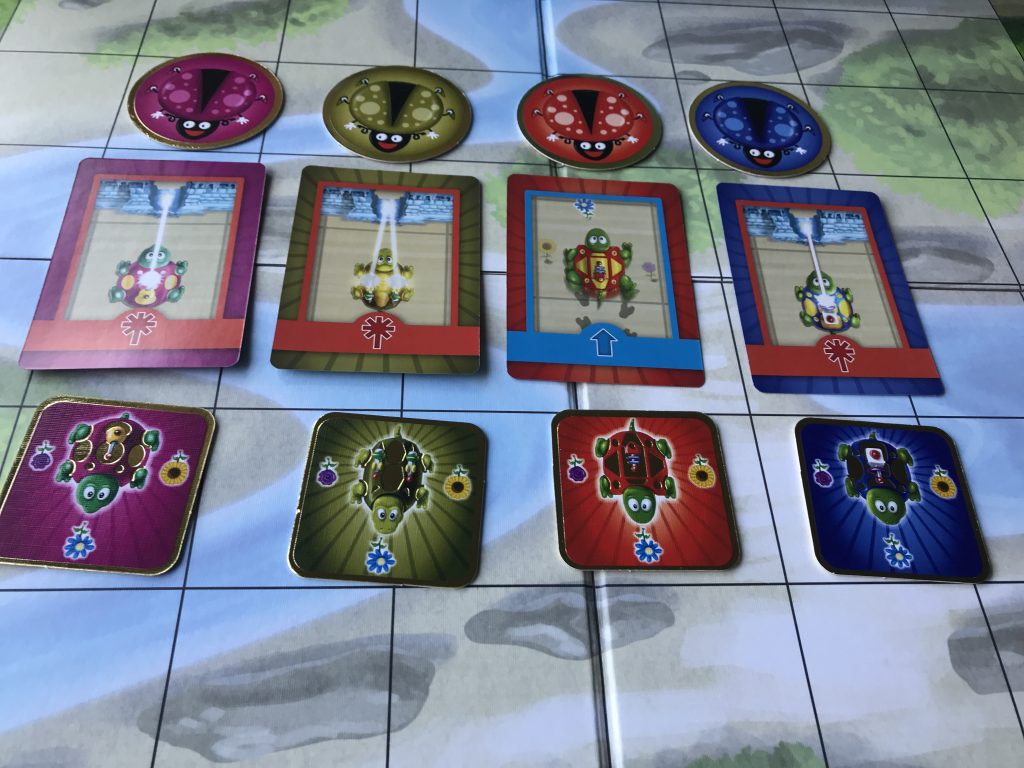 If the player is unhappy with a move, they can tap the bug card and yell “bug!”. Then you move the turtle back and the player tries again. Players continue taking turns playing cards. When players get to the jewel they win. For more advanced players, include the ice wall cards, laser cards (melts ice walls) , stone wall cards (un-meltable), and crate cards (can be pushed around). 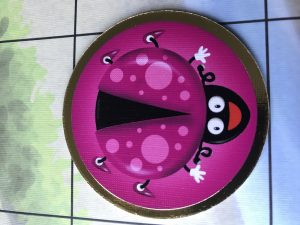 This is a great game to introduce your child to programming